Welcome To My Blog. I respect and appreciate comments, questions, information and theories you might have. Even if i agree with you or not, i won't delete your comments as long as they are not purposefully attacking anyone. I will not condone bullying of any kind. If you that is your intent, don't bother posting because i will delete it the moment i see it.

Chandra's Suicide Was Finally Ruled A Homicide. Her Family Has Waited 19 Years For Justice. Can You Help? 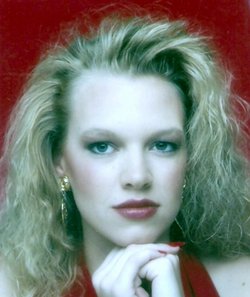 “God says justice will be mine, well that's up there. I want justice on Earth.”
Joe Turner

She had a kind heart and was humorous. She was always joking around. Chandra was born May 4, 1977, in Pauls Valley to Joe Dale and Donna Jean (Shelton) Turner. She graduated school from Elmore City and was working for Sprowls and Readnour Attorneys at Law. Chandra was about to start paralegal school and also she attended the Beaty Baptist Church.

Chandra lived with her boyfriend, Robbie Tucker. They had a very turbulent relationship that became for volatile as it progressed. Her family began to notice and didn't like the way Robbie treated Chandra. He was very manipulative and needed to be in control. He would even take her to work and sit there in the truck wait for her to get done. Chandra would speak to her family often about wanting to leave Robbie.

Early in the morning in July 2000, police responded to 23-year-old Chandra's home. She allegedly was found by Robbie, who had been napping, after he walked outside their house and found her dead on the back porch, with a gunshot wound to the chest. He claimed that he then moved Chandra off the steps and laid her on the ground. Then, instead of screaming for help or calling the police, Robbie left and drove a half mile down the road to his father's house to use the phone. He then drove back to the house with his father, who was a criminal defense attorney, in tow. An hour after Robbie claimed it found Chandra's body, 9-1-1 is called by his stepmother.

When police first arrived, they first treated it as a homicide. Three hours later, the medical examiner ruled her death was ruled as a suicide. Her parents didn't believe for one second that Chandra's death was a suicide. Her parents were flabbergasted when they found out that Chandra wasn't taken to the morgue to have an autopsy, but taken to a funeral home instead.When Chandra's parents went to the funeral home to view her body, they were shocked yet again to see bruises and cuts all over their daughter's body. Donna noticed another suspicious detail when she went to Chandra's house to get her favorite dress to be buried in. Once inside the house, she had to step over a pool of blood.

Her parents begged and pleaded, but the sheriff's department never preformed an autopsy on Chandra. Since there was not going to be an autopsy, Donna and Joe wanted to preserve evidence encase they had an opportunity to use it in the future in their quest for justice for their beloved daughter.

They had Chandra sealed an an enclose crypt on the highest piece of land they could.

Months after Chandra's death, Donna and Joe received a package from an anonymous stranger. In the package there was all the police reports, witness statements and crime scene photos that the sheriff's department had. In light of the new evidence, Donna and Joe hired defense attorney Jaye Mendros to look at their daughter's case. After Jaye poured over all the evidence and facts pertaining to Chandra's demise, Jaye came to the conclusion that Chandra's death was a badly staged suicide. Jaye said that there was apparent crime scene tampering and that the scene didn't match Robbie's story of what happened. There was photos showing blood everywhere all over inside Chandra's house. There was blood on the curtains, walls, the floor and even blood on the mattress of her bed that had been stripped down. There was a bottle of cleaner by the bed. Jaye also stated that along with the injuries on Chandra, Robbie had some fresh ones as well.

The were other problems with the case. Besides all the traffic from a ridiculous amount of people helping work on the crime scene, there were numerous relatives tromping all over the place.

Nothing much happened with the case until 2009, when ordered Chandra's body be exhumed and autopsied and was examined by two different doctors. One of the doctors worked for the Oklahoma medical examiner's office and the other one was hired by Chandra's family. The path of the gun shot wound was from front to back a little downward and a little from the left of the right. There was a defect in the door, but the angle didn't match the path of the bullet wound. The examiners theorized that Chandra was shot in her bedroom, not on the porch. The gun shot residue on her hands didn't necessarily mean that she had shot herself either. The examiners thought that she might have tried to either pull the gun away from the shooter or she could have tried to push it away from pointing at her face. Something else was discovered in the autopsy. Chandra apparently bled out for quite sometime and if 9-1-1 had of been promptly called, she could have survived. Examiners stated that Chandra probably would have been crying for help up until the end, lying there in agony. Both examiners came to the conclusion that Chandra's death was a homicide, but before her death was changed to a homicide, the doctor from the medical examiner's office was fired.

Eventually Chandra's cause of death was changed to undetermined. And later the investigation into her death was reopened once again by the new sheriff.

Robbie is currently in jail after being charged with shooting with the intent to kill as well as aggravated assault and battery against his girlfriend that he was with after Chandra's death.


Chanda's family won't give up, they won't go away. They are offering a $100,000 reward for information about her death.

Posted by DeathByBoobie at 6:52 PM

You Are Welcome. It is the least i could do. Chandra NEEDS JUSTICE! If there is anything i need to add or anyway i can help.. let me know.

He killed her... Heather must have known. she was there the whole time, too

Cops didn’t do their jobs and even medical examiners were incompetent, all too lazy to investigate and contaminated crime scene. That county is known for crooked cops and officials. Too many of these murders where suspect is allowed to walk on by when evidence is sufficient to arrest and try them. Lazy cops there just for the money and perks but not for justice

So after that guy shot Chandra years later he attempted to do the same thing to yet another woman & Chandra's murder is still gone unresolved? My God,her poor mama & daddy...My heart aches for them and Lord please let them get & Chandra get justice soon!!

Don't worry folks after Robert Tucker gets through serving his full time, unless some weak judge lets him go early, he will be stepping right back into a jail in Michigan to be tried for Chandra's death. His defense lawyer father can't help as he has buried himself too deep[ to beat a murder charge.

If You Like What You Read And Are Able To Donate

My Pay Pal Thank you so much! All proceeds go to keeping my blog alive and kicking. Whether you can donate or not, please share, especially the unsolved cases! Maybe they can finally be closed once and for all.

DeathByBoobie
i am nuts. Thought you'd like to know.

Where Is My Flashlight Podcast